Myanmar (Burma) has taken travelers’ hearts by its stunning Buddhist monuments and temples, and multi-cultural ethnic people. The country now is still less-known to mass tourism compare to Vietnam or Cambodia. But it has been ready for a new era of hope. If you’re looking for off the beaten track adventures with enchanting landscape, colorful cultures, our Myanmar Tours are what you need to try.

Myanmar is going upmarket for boasting one of the most magnificent archaeological sites in the world. Bagan alone, this spiritual heartland of Buddhism has over 2000 temples within it, along with the country’s over 130 ethnic groups, who speak as many different languages. Myanmar is a real puzzle challenging first-timers to the nation.

Once known as Burma, Myanmar is located in Southeast Asia with neighboring countries such as Thailand and Laos to the east, Bangladesh to its west and finally China and India to the north. With an estimated landmass of 676,000 km2, it remains a popular choice for tourists seeking the beauty of flora and fauna. Not only is Myanmar rich in natural and cultural resources, but it is also home to 54 million residents spread across 135 different ethnic groups and 8 national races that will surely welcome tourists with open arms and friendly demeanor.

Myanmar’s long and vibrant history all began when a certain Mongoloid group of people flocked from central Asia and settled into the plains around the mid-9th century. Their initial contact with other tribes came from the higher civilization of the Pyus and Mons which was already well established before the 11th century.

Under the leadership of King Anawrahta who unified formerly independent states and founded the capital of Bagan. However, due to the onslaught from the Mongols in 1287, the capital fell and the kingdom was torn into two smaller principalities. Came the year 1885, then finally that was the time when the land came under the control of British imperialists.

The people of Myanmar showed nationalism, uniting against the current regime as well as the Japanese fascists who ruled during that era. This exemplary behavior shown by the Burmese people is a true testament to its hard-won independence.

Despite being sandwiched between two of the world’s greatest civilizations, China and India, Myanmar boasts its own unique and exotic culture. One of their most notable cultures came from Myanma which heavily influenced the religion, literature, apparel, architecture, and arts. It is on Shwedagon Pagoda and the numerous adjacent stupas for Bagan religious practices. Myanmar’s music is melodious, usually having its unique harmony; And the literature is deep, well thought-out, and mostly reflects local folklore.

The majority of the people in Myanmar practice Theravada Buddhism. This accounts for around 85% of the total population, while the remaining minority are a handful of Animists at 5%, Christians at 4.5%, Muslims at 4%, and finally Hindus at 1.5%.

Myanmar consists of seven states and seven divisions in the country that 53 million people call home. The largest group out of the 135 different ethnicities are Bamar. And they make up around 68% of the total population. Other sizable minor groups include the Shan, Kayin, Rakhine, Mon, Kachin, Kayah, and also a significant number of Indians and Chinese in the country.

Myanmar is generally classified as a tropical country; however, the temperatures don’t reach record-breaking highs compared to its neighboring countries. There are three seasons through the course of the year, with the rainy season from May to mid-October having 25-30°C being predominant. Shortly after the cold season sets in from November to January with temperatures ranging from 20-24°C and finally, the hot season reaching up to 35°C from February to April.

The nation’s capital and most populous city, Yangon or also known as Rangoon, is where you’ll find grand colonial buildings. The architecture has aged so well in contrast to other Asian capitals. Which had been eager to modernize their commercial centers? One of the main attractions is the golden pagoda, Shwedagon Paya. It is a huge hill-top temple that dominates the Yangon skyline.

Following Yangon comes Mandalay, which remains as the country’s main commercial center despite Yangon being the capital. The vibe feels more of a town than a city. If you’re into the ancient temples and horse-drawn carriages, Mandalay is the right place to be.

Bagan is synonymous, almost an equivalent to its neighbor Angkor found in Cambodia. This location used to be home to thousands of pagodas and stupas. However, natural calamities reduced this to a couple of thousand. Restoration efforts were to preserve the holy-monuments from the past. And it is currently one of the country’s World Heritage Sites.

Inle Lake remains as Myanmar’s gateway to the rural side of the country. A boat ride along will take you to lively markets and floating villages. This is where you can disembark and continue hiking toward tribal settlements. If this body of water isn’t for you, head towards Ngapali or Ngwe Saung. They have the best beach resorts that offer tranquil relaxation. 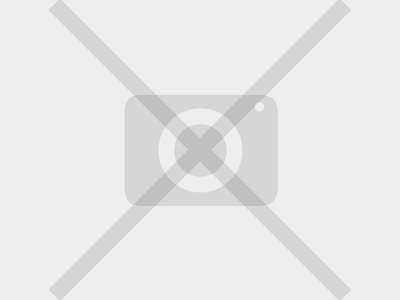